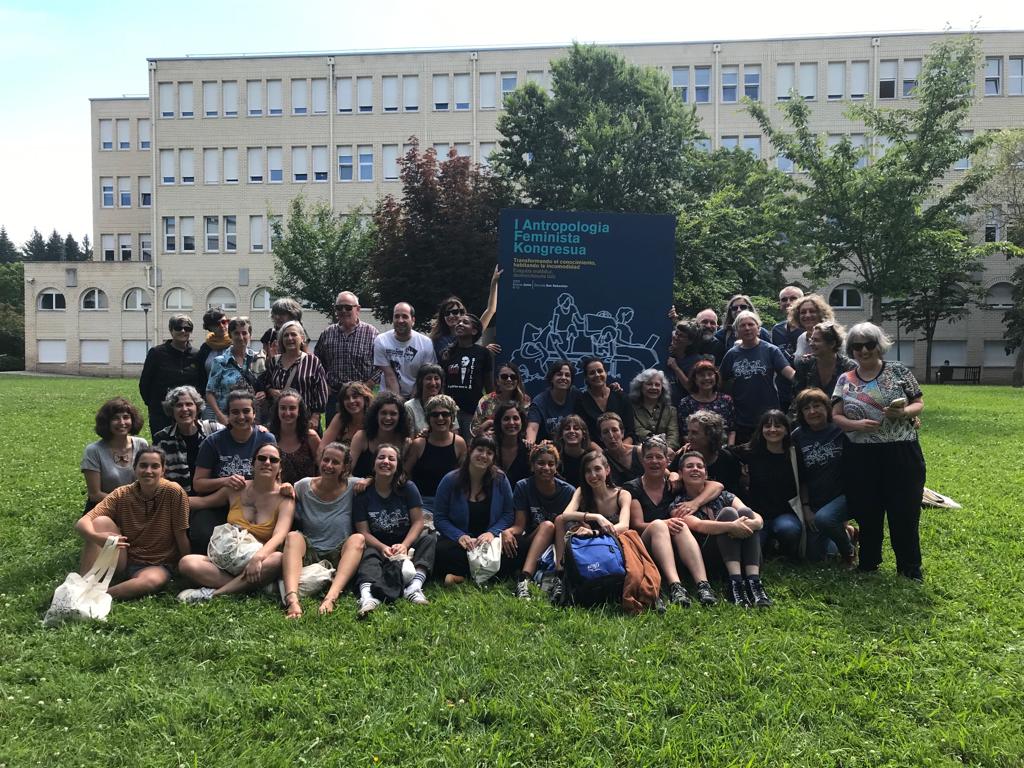 After two years in which the pandemic caused by Covid-19 has prevented us from holding the 1st Feminist Anthropology Conference (the first feminist anthropology conference in the Spanish state), we would like to announce that the AFIT (Feminist Anthropology) Research Group at the UPV/EHU and Ankulegi, the Basque Anthropology Association have decided once more to organise a conference, in partnership with anthropologists from other state and international universities. The conference will be held on 8, 9 and 10 June 2022, with the same title: “Transforming knowledge: Inhabiting awkwardness”.

Feminist anthropology emerged in the 1970s although beforehand there were already some significant antecedents. It is a theoretical model which has had and has different names and theoretical-methodological developments, and also according to historical and geographical contexts, but which is applied to all kinds of subjects and fields of study.

One of its main objectives is to transform both knowledge within and outside the discipline and in reality, so that one must react in the face of what has been established and transform discomfort into a conceptual, personal and political wager.

In the Spanish state, it is a field that has grown a lot in recent decades, which is something that can been noted both in the activity of certain research groups and in its presence at anthropology conferences which are held occasionally.

As anthropologists at the University of the Basque Country (UPV/EHU), we believe that it is a good time to analyse and debate the current state of such studies together, and to focus on: the contributions which are being made, the different theoretical and methodological proposals, relations with other disciplines, the applied dimension and its insertion into society, and the challenges which we face ahead.

The conference will include plenary sessions, whose focus will be: genealogy, theory, methodology and relations with feminism and society in general. Likewise, there will be thematic panels for presenting the different research being carried out. In both cases, we want to include both local and state and international contributions.

In the first circular we offer more detailed information about the programme, submitting papers and registering for the conference.